Notice: Our Mission In The Gambia

Quick Links
Samaritana Gambia > About Us

Samaritana was established in 2014 by Amani and her husband Paddy in response to God’s command to GO to West Africa.  Both come from Social and Youth Work backgrounds. The Gambia is our home.

Amani, 17 years with Youth for Christ/USA, and now also a Lawyer here in the Gambia. Paddy, an Anglican Priest of 25 years, with 30 years Social Work, Social Policy, experience with particular experience in Forensic Clinical Residential Team Leadership and Supervision.

They had previously served two years in our sister Organisation, Samaritana Philippines working under Filipino missionaries in very relevant ministries to life here in the Gambia. 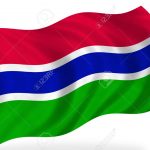 Good Question! We’re so glad you asked! Apart from it being Gods command, you mean?

We first came here in 2011 when the late Anglican ArchBishop Tilewa Johnson and his wife Mother Priscilla Johnson invited Paddy here as a relieving priest. When God, in 2013 said “West Africa” The Gambia was the logical first place to go to.

From our own research we knew there was no organised ministry to girls and women hustling on the infamous Senegambia Tourist Strip in the Gambia. As well as, no ministry working with those working in brothels in the Kololi, Kotu, Manjai and Serekunda Market areas. Any anti-Sex Trafficking ministry was also missing from the picture.

The Gambia, because of the evil Dictatorship that reigned here for 22 years, and the fledgling new administration’s inability to do everything at once, was downgraded to the lowest tier, Tier 3, in the 2019 Annual Trafficking in Persons report prepared by the USA State Department (done on EVERY country in the world): And we quote

“The Gambia is a source & destination country for women and children subjected to forced labor and sex trafficking. Within The Gambia, women, girls, & to a lesser extent boys are subjected to sex trafficking and domestic servitude. Women, girls, and boys from West African countries—mainly Senegal, Sierra Leone, Liberia, Ghana, Nigeria, Guinea, Guinea-Bissau, and Benin—are recruited for commercial sexual exploitation in The Gambia. 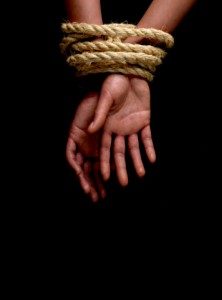 Most of these victims are subjected to sexual exploitation by European child sex tourists. Observers believe organized sex trafficking networks use both European and Gambian travel agencies to promote child sex tourism.

The Gambia does not fully meet the minimum standards for the elimination of trafficking and is not making significant efforts to do so.

During the reporting period, the government repatriated and provided services to nine victims subjected to trafficking abroad and continued to conduct sensitization campaigns in key border regions; however, the government did not complete any prosecutions, secure any convictions, or identify any victims within the country for the fourth consecutive year.

RECOMMENDATIONS FOR THE GAMBIA:

Many women and men find themselves trapped in the cycle of prostitution.

It is often a lifestyle that is fraught with violence and exploitation, addictions, and poverty. Women are often coerced, forced, recruited or pimped to become sexual slaves, or concubines to sexual predators

Built on the solid foundation of Jesus, the primary focus of Samaritana is to seek these girls, women and boys and men. Inviting them to let us walk with them has led us many different paths these last 7 years.

Samaritana Gambia provides support to marginalized women and girls along with those exiting the sex industry. We use holistic approaches including spiritual, emotional, educational and physical to help find hope, love and dignity.

To see girls and women transition from the sex industry.  To create safety and community.  To address barriers for change. To build self-esteem through occupational therapy and other small group activities.  To aid girls and women in identifying and applying skills, strategies and solutions, to the physical, systemic, emotional, financial and legal or immigration barriers they face here in The Gambia.