Notice: Our Mission In The Gambia

Quick Links
Samaritana Gambia > What we do > Sexual Exploitation

While this isn’t our first quote from the International 2018 Trafficking In Persons report, we use it to demonstrate the Sexual Exploitation of children here in The Gambia, and because it is the only world wide consistent assessment done on every single country in the world. 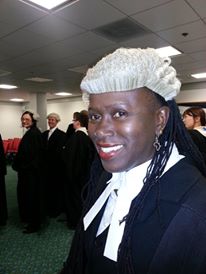 There is an excellent, perhaps in part, even better and more specific Gambian Report on the Government in 2018 which we have listed top of our News page.

Meanwhile here we quote from the only independent international summary available to us and you.The Trafficking In Person report 2018:

The Gambia’s 2005 Children’s Act also prohibits child trafficking—though it does not include forced labor in its definition of trafficking—prescribing a penalty of life imprisonment.

Despite reports of official complicity, the government did not report any investigations, prosecutions, or convictions of government employees complicit in human trafficking offenses; additionally, law enforcement officers acting with impunity and corruption was a serious problem throughout the reporting period.“

Last year we laid a complaint with the police who promptly a child rapist arrested. He is arraigned on Capital charges in Mile 2, a notorious prison. Our hope is that God will indeed have mercy on his soul

We are ofcourse meeting regularly with survivors, journeying with them so they become strong survivors